The Blog: Eye on the East was established in 2011 as a blog about history, politics, society and culture of Lebanon and the Arab World. Inspired by the 2011 Arab uprisings, opinions in the form of Facebook notes evolved into full-fledged blog posts on what united and divided the region at that historic time. All this provided the foundations for this blog.

A lot has happened since then. One could easily argue that much more has essentially stayed the same, and therefore regressed. This is especially the case when it comes to socio-economic development, freedoms and social justice in the region. Without completely giving up on this state of affairs, but refusing to keep on repeating the same cries against everything that keeps us stagnant, and away from achieving our full potential, the blog has decided to switch gears.

Today, Eye on the East focuses less on politics and more on personal commentary inspired by societal issues of interest. More importantly, however, Eye on the East will increasingly serve as a platform for the fiction writing by its author, who published her first book “And So We Drive On” in July 2020 (you can find more on the book here). For Eye on the East’s occassional political commentary, do follow us on Twitter.

The Author: Marina Chamma, founder and Editor in Chief of Eye on the East, is a Beirut-based political economist and writer. As a blogger, she has featured in a variety of print and online news portals, a list of which can be found here. Eye on the East was one of 10 finalists in Lebanon’s first ever 2013 Social Media Awards in the Best Personal Blog category. In 2017, she was part of the “Top 100 Lebanese Social Media Influencers to Follow.” As a fiction writer, she published her first book “And So We Drive On: Short Stories” in July 2020. Her fiction and creative non-fiction has also appeared in Sukoon, Sonder Midwest, Women Writers and in “Liban: Messages pour un pays” (Beirut: Editions Noir Blanc etc., 2019). 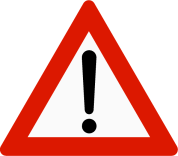