“I think your readers are probably more interested in other countries in the Middle East than my dysfunctional lawless homeland..!” is one of the first things he said when I offered the pages of Eye on the East for a guest post on Libya. But when was dysfunctional and lawless exclusive to only one country in the Arab World?

With the aim of shedding light unto a land that continues to struggle after decades of dictatorship and oppression, Eye on the East had a chat with a Libyan activist who preferred to remain anonymous. Born in Benghazi, he is now dedicated to a myriad of philanthropic and civil society projects in Libya and across the Arab world, and is passionate about propagating democracy in post-revolution Libya. Although anonymity was still not enough to get answers to some crucial questions, you can read between the lines and I will push harder next time. The exchange is meant as a casual conversation on post-revolution Libya and some of the challenges it faces, intertwined with the activist’s characteristic humor and sarcasm, albeit about a rather tragic situation…and aren’t we all in a similar boat…

It isn’t rare that people confuse Lebanon and Libya almost anywhere in the world. Did you ever imagine that your country would follow a similar fate to that of Lebanon in terms of instability and what appears like a vicious and never-ending cycle of violence?

(Thinks for a bit) … more reason than one for confusion besides the consonants L and B that stand out. Some people actually believe that the Amazigh  (indigenous inhabitants) are originally adventurous Phoenicians that had a preference for the warmer Libyan desert to the cool Lebanese mountains. In any case, no, I never imagined that Libya would follow Lebanon; why would anyone? No religious sects, no interfering big brother, no border with Israel, no refugees,….. But, the one common destructive denominator is the effect of 42 years of Gaddafi vs. a long bloody civil war in Lebanon. These have led to unfortunate similarities in a culture of violence, absence of strong national identity, narrow self-interest, endemic corruption, lack of institutional structures, inability to compromise and seek win-win solutions in political disagreements and debates.

Did you ever believe there would be a Libya without Gaddafi, or any of his family members, in your lifetime? 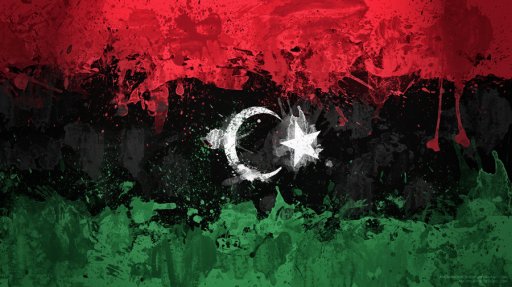 Is every ‘beyt beyt, dar dar, zenga zenga’ hopeful in the post-revolution era? [a quote from one of Gaddafi’s speeches at the outset of the Libyan Revolution, in which he said that rebel forces would be hunted down by searching “home by home, house by house, alley by alley.”]

Frankly, no. There is huge disappointment with how matters have been allowed to develop. Blame is laid on the National Transitional Council, current National Congress, government, militias, Qatar, the Muslim Brotherhood, evil forces, tahaleb (fungi..)…take your pick!

Do you believe some form of a democratic political system can be successfully implemented in the Arab World? And in Libya?

Yes it can. One does not need to go far to find the embryos of a democratic political system emerging in Libya pre-Gaddafi, Egypt pre-Nasser, even Syria before the military coups. That’s only 60 or so years ago, a heart-beat in the age of nations. So yes, it can be done. I think Tunis is the one to watch closely as a likely successful transition to a form of democracy….Eye to the West?

What are the factions in Libya really fighting for today?

Why have extremist elements made so much headlines in Libya recently and such a foothold on the ground?

Historically, extreme Islamists have been the only effective opposition to the Gaddafi regime. You needed to be pretty dedicated and fearless to take on the regime at the height of its power. Extreme Islamic ideology offered the necessary platform. The same dynamic has been witnessed elsewhere in the Arab and Muslim World. Islam as the answer is the perfect antidote  to marginalization, poverty and lack of hope….nothing new here.

Is there a future for political Islam in Libya, along the lines of the Muslim Brotherhood (MB) in Egypt – or at least when the former was in power there?

The MB party has lost a lot of ground recently, even though they have the second largest bloc in parliament. Libyans perceive them as spoilers, controlled from out of the country without a convincing  economic plan. You hear the often quoted comment by Libyans, “we are all conservative middle of the road Muslims (وسطيه) with no need for a party to tell us how to be good Muslims.” Again, one can look West for possible scenarios.

With everything that is happening around the Arab World, do you think Libya has somehow been forgotten by the world? How does this affect its recovery?

Sadly, yes. Support to the Libyan government in developing and institutionalizing the security and government services has been lacking. The West has focused on contracts to sell hardware or train military and police in their home countries without thought to the complete lack of structure and organization when they go back. The UN has been heavily involved in a number of programs on the political and security front with little to show so far in spite of herculean effort with limited resources. Libya is in a precarious position and could tip into the abyss unless the West helps Libyans help themselves.

How involved are other countries, neighboring or otherwise, in Libya, whether physically or financially?

The work I do with civil society activists, finding ways and means to advocate for greater participation and engagement of citizens in all aspects of political life and decision-making makes me happy.  There is an amazing group of dedicated, motivated and brave young individuals that are a pleasure to work with. The NGO field is alive and thriving. The number of Libyan volunteer groups and individuals helping the disadvantaged and marginalized is a joy to witness and be part of.  What makes me sad…how easily people resort to violence and corruption to achieve the simplest of objectives….the poverty and squalor that many Libyans live in and accept as the norm, the narrow self-interest at the expense of a truly nationalistic outlook except when it comes to football. Witness the absolute jubilation across the country when Libya recently won a football game in the Africa cup….crazy!

Whatever happened to Gaddafi’s “Green Book”?

2 Replies to ““I never imagined that Libya would follow Lebanon””