In one of his most acclaimed novels “Love in the Time of Cholera,” Gabriel Garcia Marquez explores the meaning of love through the follies of the heart and the lucidity of the mind. As he recounts, love and its symptoms at the turn of the 19th century could be very well mistaken with those of cholera, which had been spreading across the Caribbean at the time. When there is fever, uncontrollable emotions and madness, followed by either sanity or delusion…can one really differentiate between love and cholera?

There’s love, there’s cholera and then there’s politics. One would think they are different, but in a way, they are also one and the same. For how different is the delirium of love to that of disease, and how different is the passion of love to that coming from the depths of an ardent political believer? “At the risk of seeming ridiculous,” Che Guevara said, “let me say that the true revolutionary is guided by a great feeling of love. It is impossible to think of a genuine revolutionary lacking this quality.” Besides, isn’t the poison of disease similar to the venom of politics with its corruption, conspiracies and immorality? So, how can love subsist in times when politics plays such a central role in our societies? When it stimulates such deep passions among those who believe and want to live according to those beliefs? How can there be love in the time of politics?

I remember being highly bemused when once told that an acquaintance had broken up with his significant other because of “political disagreements.” It seemed bizarre, to say the least, that two people who had found a certain degree of compatibility in much else, would decide that their political views made it impossible for them to be together. 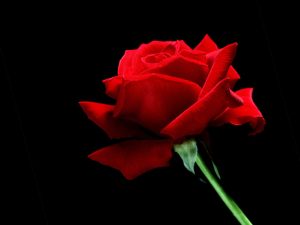 Something similar happened to a very close friend, the drama of which unfolded right in front of my eyes. What had begun as a pleasant dinner of one affectionate couple and two friends, was quickly transformed into a dinner between two friends as spectators to a warring couple. As this happened to be in Beirut, politics became the topic of discussion by default. There was talk of local and world geopolitics and everything in between. From Syria and Israel to Palestine and their respective roles and influences on local politics. Opinions clashed most of the times and matched sometimes, though what they had in common simply drowned in the intensity of the exchange.  “It was at that dinner that he realized that things wouldn’t work between us, ” the girl told me months later, after things didn’t end up working. It appeared they weren’t politically compatible and that, somehow, was important.

Two years later (and in the same restaurant coincidentally) I was no longer on the spectator side. I was on the other side in what was a clear set up by a family friend and his wife. As the gentleman that I was being set up with arrived, the only thing I saw was what hung on his neck from a loose leather chain, protruding from the left lapel of his unbuttoned shirt. A religious symbol modeled in a way that also passed as a political one. It represented a party I never liked and probably never will. Albeit the friendly dinner and conversation, I considered my relationship with the unsuspecting gentleman had ended before it would ever begin.

And so I’ve wondered how there could be love in times when politics triggers such determination and passion among us. Should political beliefs stand in the way of love, or should compatibility just be judged on the basis of chemistry and shared values? Whatever happened to the concept that opposites attract or doesn’t that apply when it comes to politics? Is there any truth to believing that the divisive role politics may play in relationships is a reflection of the divisive role it already plays in societies, more so in the Arab World or developing countries in general? Have citizens of post-industrial societies, for whom politics is part of how they identify themselves, gone past such battles? Have their fellows in the developing world decided that their yet-to-be-won battles for social justice, equitable development and freedom are to be fought on any possible front, even on the love front?

What is certain is that love will be love, in cholera or in health, in good times and in bad. Politics has proven to be an additional attribute to be considered in a relationship and further feeds into one of our favorite clichés about love, “it’s complicated.” Yet politics shouldn’t stand in the way of love. It will do so inherently, when those who have much in common lack the confidence and intellectual strength to find love in the human qualities that bring them together, along with the differences that set them apart, without tearing them apart. I may have jumped the gun on that gentleman, but you know what they say about love, “it’s complicated.”

And so it remains…

At the end of the day, politics is a game we play, whereby no one day is the same as the other. It is a game for us in as much as it is a game played on us. It changes with the people who influence it, who themselves change, and it’s something that ideally evolves with time. Politics is never constant, just as anything else that takes its cue from something as fickle as the human mind.  You could say that love is the same as politics in that case, except that it will always be purer and more beautiful, more abstract yet more real, more cruel yet never more caring, but all in the hearts and minds of two people alone, and nobody else. That’s why, and so it remains….that there should and always will be love, even in the time of politics.